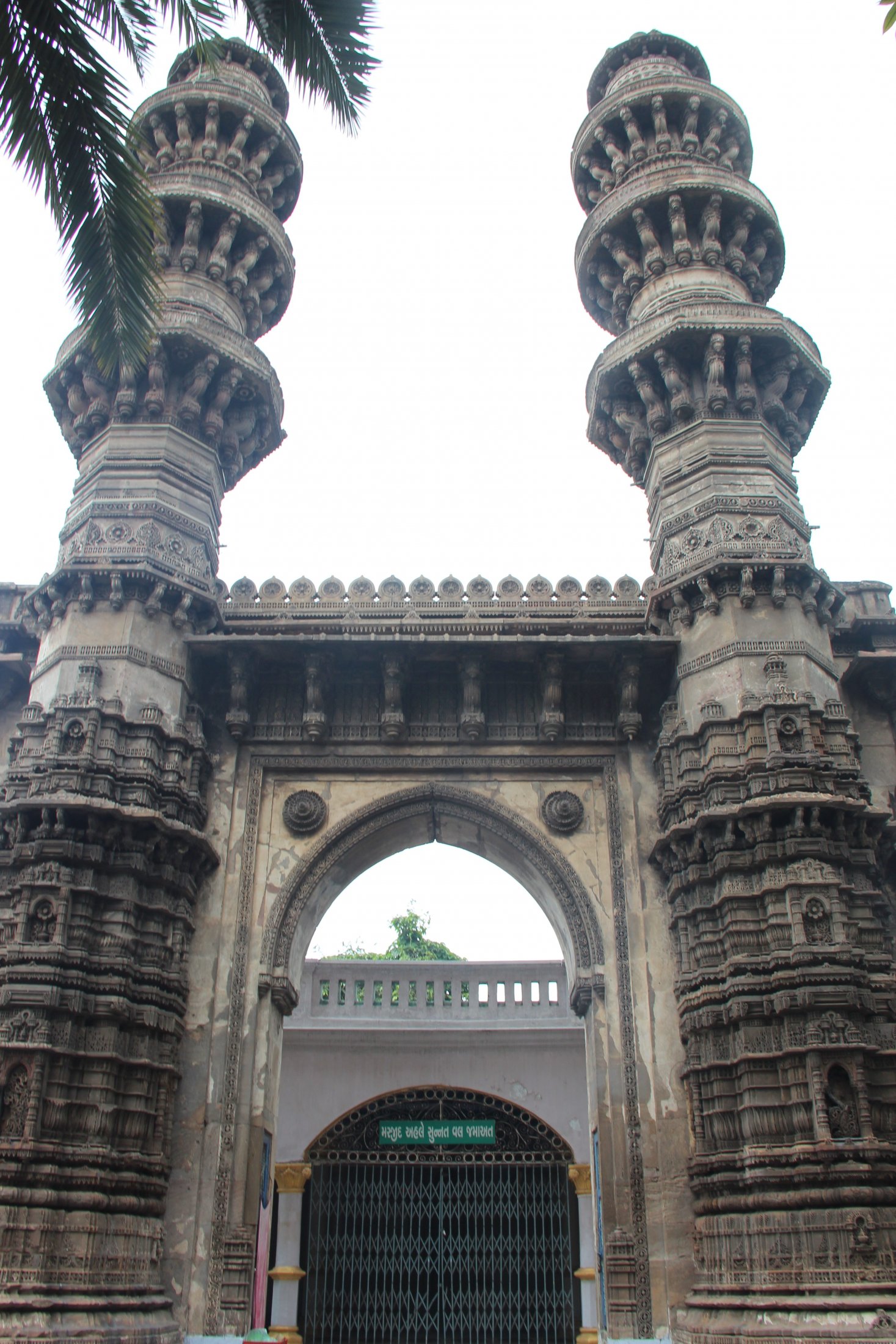 The only standing remnants of this beautiful mosque built in the mid-15th century are the two exquisitely carved minarets. The structure of the mosque was destroyed in 18th century during the Maratha raid. While it is not clear whether Sidi Bashir was the patron of the mosque, what can be argued is that he played a major role in the commissioning and construction of the mosque as his tomb is seen right outside the mosque.