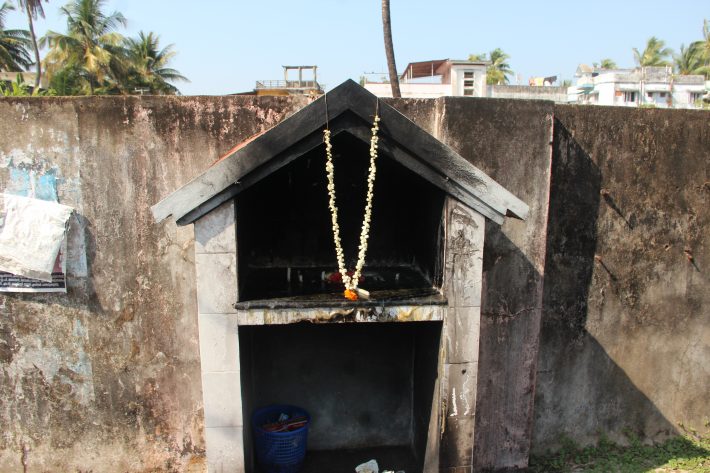 Even before filmmakers and visual artists in the state of Kerala started addressing about African presence in colonial Cochin (Kochi), local writers were weaving Africans into the plots of their novels, and there are also a few books in the Malayalam language about the lives of Africans in Cochin during European occupation. For example, in his English-language novel Maya (2008), Kochi-based writer, George Thundiparambil employed Kappiri (African) as the central character as well as the narrator of the story. The book received positive reviews and appreciation, especially for the treatment of the character of the African slave. Shashi Tharoor, the former UN Undersecretary General who is currently a Member of Parliament (MP) in India, praised Maya as a fascinating work and said that “it was a compelling reading and flashback of past, an extremely well researched novel.”Publicity that the author and the book received in certain ways brought the subject of enslaved Africans to contemporary consciousness, not only through media attention, but discussion generated in the literary circuits of Kerala.  Blending historical accounts with fiction, Thundiparambil renders a picture of the lives of enslaved Africans of the Malabar Coast, their journeys, and their suffering.By letting his imagination fill the gaps of the fragmentary historical evidence that he found in libraries in Germany and archives in Portugal, Thundiparambil provides a discursive narrative about a community whose history is unwritten and memories largely forgotten.

In his novel, Thundiparmbil employs Kappiri as the spirit interlocutor living in Fort Kochi for over four hundred years. Kappiri recalls his journey from Africa, his arrival in Cochin, and his life there as a man enslaved. By setting the novel against a background of current political and cultural issues of modern Fort Kochi, Thundiparmbil critically addresses current events such as the celebrations planned by the State Government of Kerala to mark the five hundredth anniversary of Vasco da Gama’s arrival on the Malabar Coast. In 1998, the Kerala and Goa Governments had planned to commemorate the arrival of the Portuguese armada captained by da Gama, but after protests from various factions critical of funding festivities to celebrate colonialist oppressors, the Governments abandoned the idea and instead decided to conduct small-scale events in Calicut, Fort Kochi, and Goa. In Maya, Thundiparmbil presents the context of the celebration through Kappiri’s perspective, as the spirit does not understand the purpose of the celebration of circumstances that proved so oppressive to his community. The author states that he has made Kappiri the central character because his stories are still vital though based in the distant past. In this way, Thundiparambil subverts historical accounts of Vasco da Gama’s triumphant arrival and inverts the power dynamics through which history is recounted from the perspective of the powerful conqueror. In the novel, Vasco da Gama’s activities and moves are judged and critiqued by the African, in other words.

Although elements of George Thundiparambil’s story are fictitious, he has woven historical information about enslaved Africans into his narrative. For instance, there is evidence that some Africans married women of lower castes from fishing communities and other humble circumstances. Such marriages were often considered inter-caste or inter-community alliances and the couple usually converted to Christianity as the overarching religion of Portuguese colonialism. In his novel, Thundiparambil elaborates upon the nature of such connections and recounts the contexts of Afro-Indian marriages through the lives of some of his characters. He explains that in Fort Kochi, descendants of such unions bear surnames names such as Rodriguez, Morris, Bracken, and Abbernath—again, as in their conversion to Christianity, suggesting that colonial references supplanted those more specific to the African and Indian persons who married.