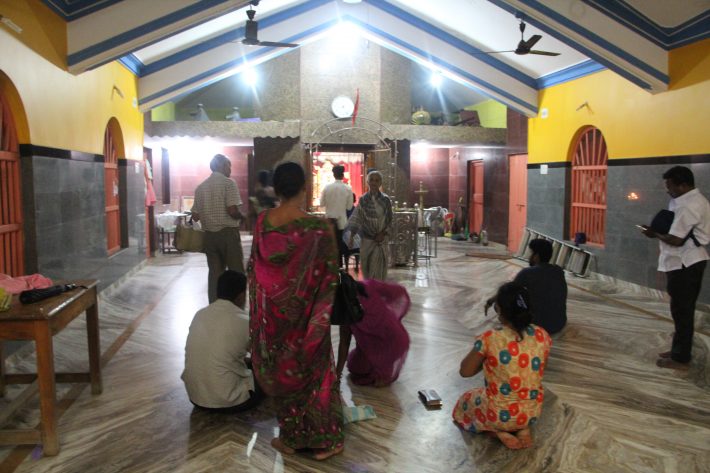 While one can find several novel shrines for African spirits along coastal Kerala that are integrated into a local non-classical Hindu worship tradition as seen at the scared groves, there is a temple dedicated to Khapri or the African spirit in the coastal town of Karwar in Karnataka. The Hindu temple Khapiri Devasthan is a relatively famous temple where the presiding deity is an African elder and holy man whom the locals call Khapri devaru. The caretaker and priest of the temple recounted that the African who had escaped from the Portuguese who were controlling the neighboring territory of Goa came to the fishing village at Karwar. He was a man of significant powers who guarded the village, healed the sick and also guided the fishermen. After his death, they villagers cremated him and later installed a small memorial stone at this site to honor him, which later became a site of worship. Today, devotees make votive offering such as candles, incense sticks, and flowers and other unusual offerings such as alcohol, feni (a local spirit), cigars and cigarettes to appease the benevolent African deity and seek his blessings. The blessings sought from the African deity by the devotees range from getting their legal case files blessed before a court trial, getting their new vehicles blessed, or to seeking his assistance in curing illnesses or for finding a groom for unmarried women.